In A Previous Life

I'm an Ex-British Army Senior Non Commissioned Officer, 1st Battalion, The Queens Lancashire Regiment (QLR), having the honour of serving in Her Majesty's Armed Forces from 1972 - 1993. I had the pleasure during my army career to have served on the UK mainland, Northern Ireland, West Germany (British Army Of the Rhine), Berlin, Cyprus, United Nations (Cyprus) and further had the pleasure of visiting Canada, British Army Training Unit Suffield (BATUS), America & The Gambia W. Africa while serving.

I now live in Thornton - Cleveleys, near Blackpool, in Lancashire, The 'Red Rose'  County on the northwest coast of England, known locally as the Fylde Coast with my wife Beryl and living close by are my two  daughters and five grandchildren. I am currently employed as a Public Protection Officer with the Local Authority.

I have the following interests:- Amateur Radio - Summits On The Air (SOTA), Wainwrights On The Air (WOTA) Castles And Stately Homes On The Air (CASHOTA) /Portable,/Pedestrian Mobile, Static HF Mobile, Walking and the completion of the 214 Wainwright and Outlying fells. Currently attempting to complete the Far Eastern Fells.

Antennas are varied being:-

If you require a QSL card then I can assure you that I return QSL 100%, so please make sure you include a Return Addressed Envelope & 2 X Euros if inside Europe & 2 x $USD if outside to assist in payment for me to send you my QSL card. All address details can be found at QRZ.COM

THANKS FOR SPOTTING ME ON THE 20M CLUSTER

IT ALLOWS OTHER DX STATIONS ON THE BAND TO LEAVE A SPACE ON FREQUENCY WHERE I'M WORKING TO AVOID SPLATTER OR BLEEDOVER... Thankyou.

Please sign the CQportable Guest Book by clicking on the link below... 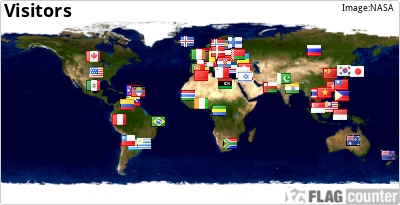 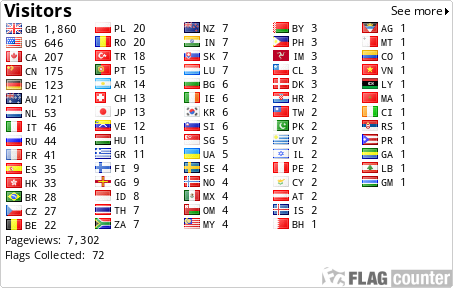 WAINWRIGHTS ON THE AIR /P

The Wainwright’s are the 214 mountains (or fells) of the English Lake District, as described by Alfred Wainwright in his Pictorial Guides to the Lakeland Fells. They are divided into seven areas, each a separate book in Wainwright's series.

The Eastern Fells are centered around Helvellyn and they primarily comprise of a north-south ridge running between Ullswater and Lakeland's Central Valley, running from Clough Head to Seat Sandal with the 950 m (3,118-foot) Helvellyn at its highest point. The Fairfield group lies to the south of the range overlooking Patterdale valley.

The Far Eastern Fells occupy a broad area to the east of Ullswater, Kirkstone Pass and are bordered by the M6 motorway and the A592 road running south to Windermere. At 828 m (2,717 ft), the peak known as High Street is the highest point on the ridge which runs broadly north-south and overlooks the hidden valley of Haweswater. To the north of this region are the lower fells of Martindale Common and Bampton Common. To the south are the fells overlooking the Kentmere valley. Further to the east, beyond Mardale and Longsleddale is Shap Fell.

The Central Fells are situated in the heart of the Lake District, surrounded by the other ranges, are lower in elevation than surrounding areas, with the highest peak at 762m (2500ft) being High Raise. The range extends from the ridge between Derwentwater and Thirlmere in the north, to the famous rock peaks of the Langdale Pikes in the south. A spur also extends southeast to Loughrigg Fell above Ambleside. The central ridge runs north over High Seat.

The Southern Fells occupy the southwestern quarter of the Lake District and cover a large area comprising of Great Langdale, Borrowdale, Wasdale, Eskdale and the two Langdale valleys, a southeastern group east of Dunnerdale and south of Little Langdale and a southwestern group bounded by Eskdale to the north and Dunnerdale to the east. They include Scafell Pike at 978m (3,209 feet ), the highest peak in England, and Scafell one mile (1.6 km) to the south-west. The well know fells of Crinkle Crags, Bowfell and Esk Pike are also found in this region of the Lakes.

The Northern Fells cover a 13km diameter circle between Keswick in the southwest and Caldbeck in the northeast. It contains the 931m (3054ft) peak of Skiddaw. Other well know fells in this region are those of Blencathra (a.k.a. Saddleback) (868m / 2848ft) and Carrock Fell. Bassenthwaite Lake occupies the valley. The range is bordered by the River Greta in the south and Caldew river bounds the eastern edge of the group, flowing away toward Carlisle.

The North Western Fells occupy an oval area beneath the Buttermere and Borrowdale valley systems with Bassenthwaite Lake to the east and Buttermere and Lorton Vale to the west. Their southernmost point is at Honister Pass.This area includes the Derwent Fells above the Newlands
Valley and hills to the north amongst which are Dale Head and Robinson. To the north stands Grasmoor, the highest in the range at 852m (2795ft). This region also includes Grisedale Pike, Thornthwaite Forest and Lord's Seat.

The Western Fells are centred around Great Gable and form a triangular area between Buttermere and Wasdale, with Sty Head forming the apex of the triangle. Ennerdale bisects the area, which consists of the High Stile ridge north of Ennerdale, the Loweswater Fells in the far north west, the Pillar group in the south west, and Great Gable (2,949 feet / 899 metres) near Sty Head. Other fells include Seatallan, Haystacks and Kirk Fell. This region also contains Wastwater, England's deepest lake.

Alfred Wainwright also produced another volume called The Outlying Fells of Lakeland. These 116 mostly lower fells were included by Alfred Wainwright in 1974, dedicated to those who's physical and other disabilities and old age may prevent them from enjoying the more challenging fells listed in the other seven guides.

It is also a very useful guide for those wishing to get started with fell walking that find the thought of taking on the challenge of the Wainwright’s a little daunting. Many of the 56 walks described in this book offer a pleasurable family day out for all ages and abilities. A great way to combine Amateur Radio and an enjoyable walk in some of the most beautiful countryside that the Lake District has to offer.

It is with this in mind, that the Outlying Fells have been added to the Wainwright’s On The Air programme, starting on 1st January 2012.

Pictorial Guides to the Lakeland Fells are:


The Outlying Fells that have now been included in Wainwrights On The Air can be counted for points as of 1st January 2012, with some of them also being valid for Summits On The Air (SOTA) and Summitsbase.

As you can see from the slideshow below my latest interest is HF /Pedestrian Mobile QRP with the RealHFMobile Group and I can be found mainly on the 20M band from the coastline & beaches of northwest England and in particular the Fylde Coast area just north of the famous seaside town of Blackpool. I will be mainly concentrating on DX in the Pacific areas and so far have added both VK, ZL, Cook , Hawaii Islands and French Polynesia to my Pacific log in recent weeks.

The HF /Pedestrian Mobile trolley shown in the photograph on the left combines a full size 1/4 wave vertical antenna with a 'Top Hat', using the MFJ-934 Ground Tuning Unit with no radials, FT-857, 12V 60AHr battery and employing the 'Fresnel Zone' effect with the excellent 'groundplane' salt water of the Irish Sea, 'God's Linear Amplifier'.

tnx dave for the great contact again , and for ian 2e0edx, i tend to get mobil often so will listen for you in the mobil will be good to work u mobil to pedestrian, 73s mate .. roy VK7ROY

Based on a 5m telescopic glass-fibre pole, whose base has been modified to hold a 3/8" UNF stud which screws into a standard 3/8" UNF mount on a groundspike baseplate. An adjustable loading coil is attached to the top of the outer base section of the pole with a fixed (80m) loading coil immediately below it. There are two radiator wires, one covering 20, 30, 40, 80m and the other for 10, 12, 15, 17m.

Resonance is set by adjusting the slider on the adjustable coil. The ground-mounting spike when operating /P takes the antenna, the feed-line and the twin radial, as well as the spike. An SWR of 1:1 is usually easily achievable on all bands. The lower loading coil is out of circuit except on 80m.

I have recently added this antenna to the /P arsenal.

Also added to the /P plus /M HF arsenal is the portable FG-01 Mk2 1-60 Mhz Antenna Analyser. This analyser will in the main be used when activating from coastal areas to ensure resonance and input impedance of 50 ohms when using the 44' of 50 ohms coax and avoid lossy ATU's being used. More beneficial when using the 'Islander'  when adjusting the slider on the loading coil to achieve near zero reactance at resonance rather than the fiddly messing about between the radio digital SWR meter display and the antenna groundspike baseplate while operating on ones lonesome. The two videos below show the analyser and explain its operating merits which will be extremley useful while operating /P etc.

For one QSL card send 2 US Dollars
and a normal airmail envelope with your address on the face.

A thick/heavy envelope needs 3 US Dollars.

If you want two QSL cards for different callsigns i.e. 2E0EDX or 2E0EDX/PM (in production) please send 3 US Dollars and a normal airmail envelope with your address on the face

Make sure the envelope is big enough for a standard QSL card!
Best is C6 size116 x 162 mm airmail envelope.
Please do not use long envelopes like DL size
Write your COUNTRY on the address.

All countries of the Universal Postal Union use C6 size
except USA/Canada who always have to be different.
Their A6 (Thompson's Standard) is a good second best
and is available in gummed airmail and white peel-and-stick

Please do NOT send stamps of any kind.

Please do not send QSL cards through the bureau as I'm not a member as it takes to long to arrive.

Any QSL cards without 2 US Dollars for postage & SAE (self-addressed envelope) will not be answered as there are to many direct QSL cards being received without monetary assistance. Unfortunately I have to take this action due to the increased cost of postage in the UK.

Old QSL Cards are an important part of Amateur Radio History that need to be preserved. It is my goal to save as many of these Old QSL Cards as possible to keep them from ending up in the Land Fills of the world.

Please help me with this important project. I appreciate all donations including Old QSL Cards (1920s - 1970s). Send me that shoe box full of Old QSL Cards that you've been wanting to get rid of.

At this time would appreciate Australian QSL Cards depicting the native animals of Australia, the Flying Doctor Service, Aborigine content or any form of Air Mobile or rail transport from Aus.

QSL cards from the continent of Africa that depicts native origins, animals, transportation or historical interest.

QSL cards from Japan and her islands depicting Japanese life in general either historical or modern day.

My address and contact information can be found under my callsign on QRZ.COM. Thanks in advance.